Now let’s look at the autopsy performed by Dr. Baker.  Like Dr. Fowler, Dr. Baker is a nationally known forensic pathologist, and his work is consistently excellent. I got to know him when we were both in the military in the 1990s.  We’ve been distant friends for over 30 years.  His report is thorough. and the autopsy well done.  I’ll annotate what are, to me, the key points.  Here’s the first couple of pages of the report.  Note the cause of death as “Cardiopulmonary arrest complicating law enforcement subdual, restraint, and neck compression.”  Given my discussion so far, to me this essentially means a stress-related sudden death with the primary stress being subdual and the rest.  Note that he does not include the chronic disease or drug issues.  I would have added them under the formal category of “Other significant conditions contributing to death,” but I’ve already talked (and written elsewhere) about interobserver variation in this kind of thing.  In his testimony, Dr. Baker clearly did not discount these issues, so it boils down to a stylistic issue of what to include and not include on a particular line in the death certificate.  (Addendum 01/22/2023 — review of the death certificate again shows that Dr. Baker did include other things in the OSC line, which I missed, so the difference is in which things to include in line 1 part I and which to include in part II of the death certificate.  That’s a little in the weeds, but someone brought it up.). 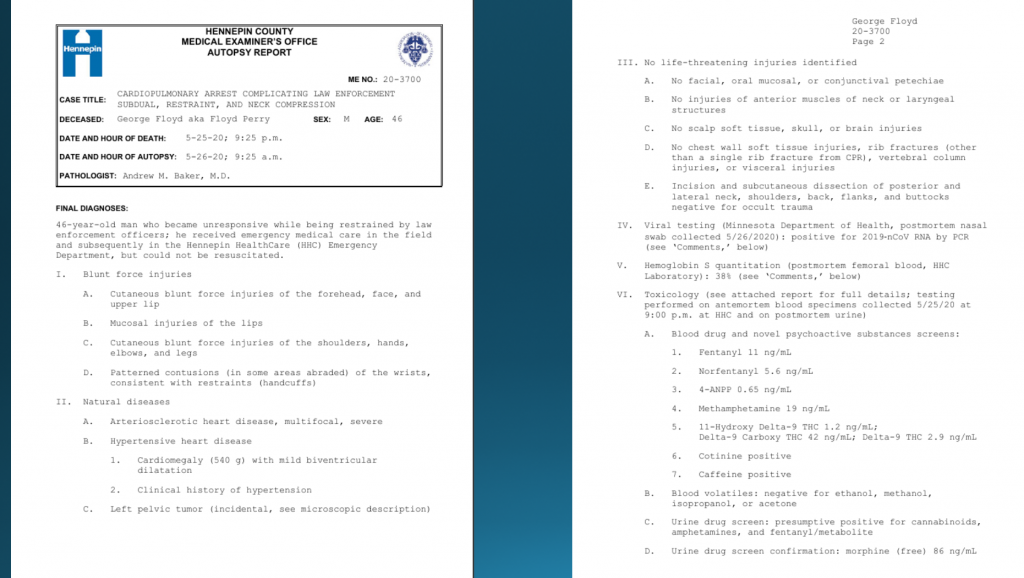 Now, lets’ look quickly at each section, just to list them.  I’ll address each one at more length later.

The first is minor blunt trauma: 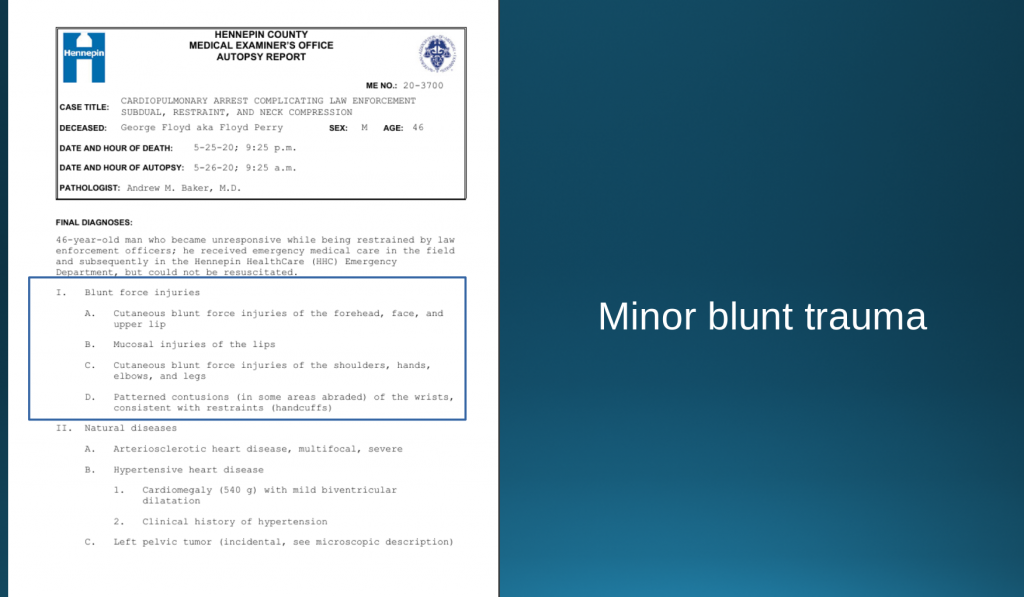 The second is severe heart disease: 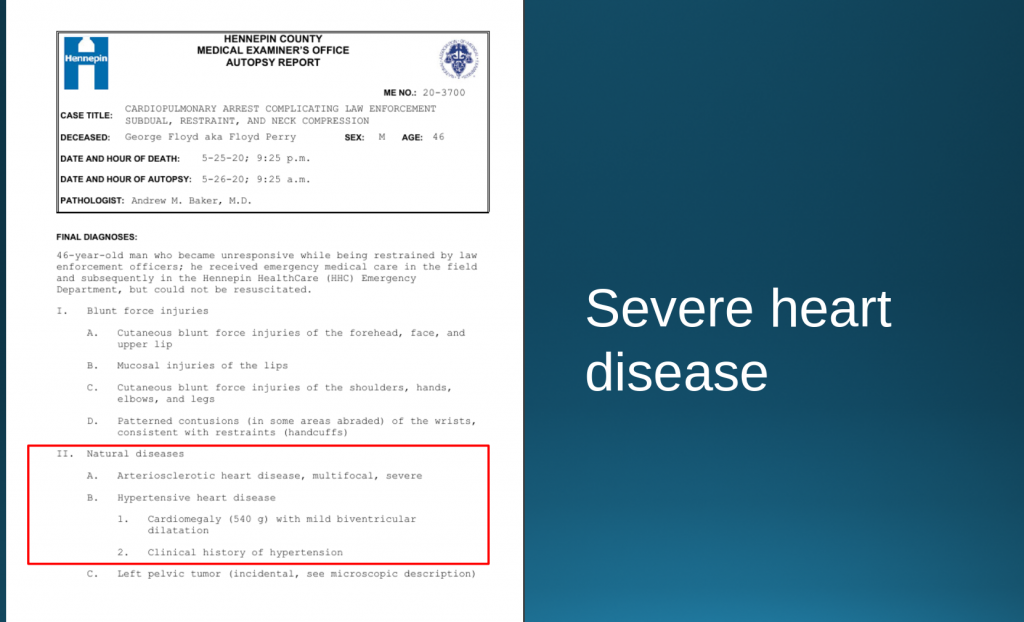 The next interesting finding was a small tumor.  My personal opinion was that the significance of this was missed, but I’ll write about that later. 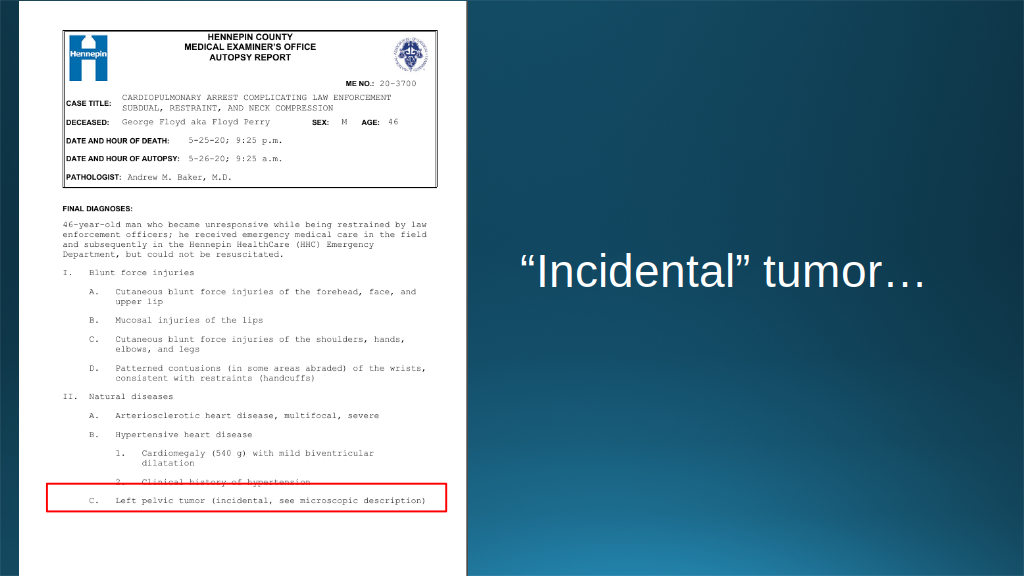 Dr. Baker points out that the trauma, while real, was not anywhere near lethal.  The decedent was not beaten to death., 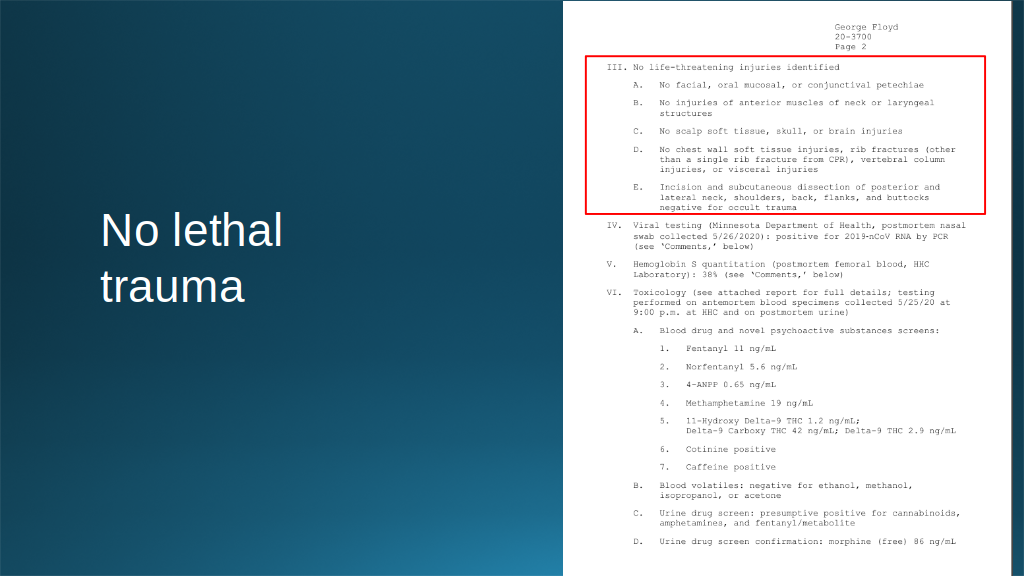 He had a touch of the Covid: 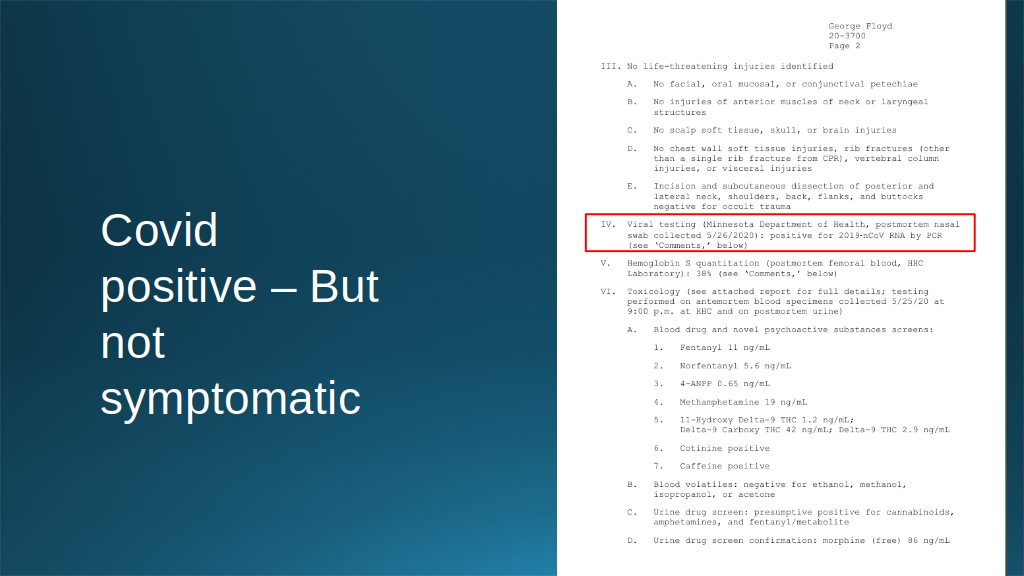 The decedent had sickle cell trait. 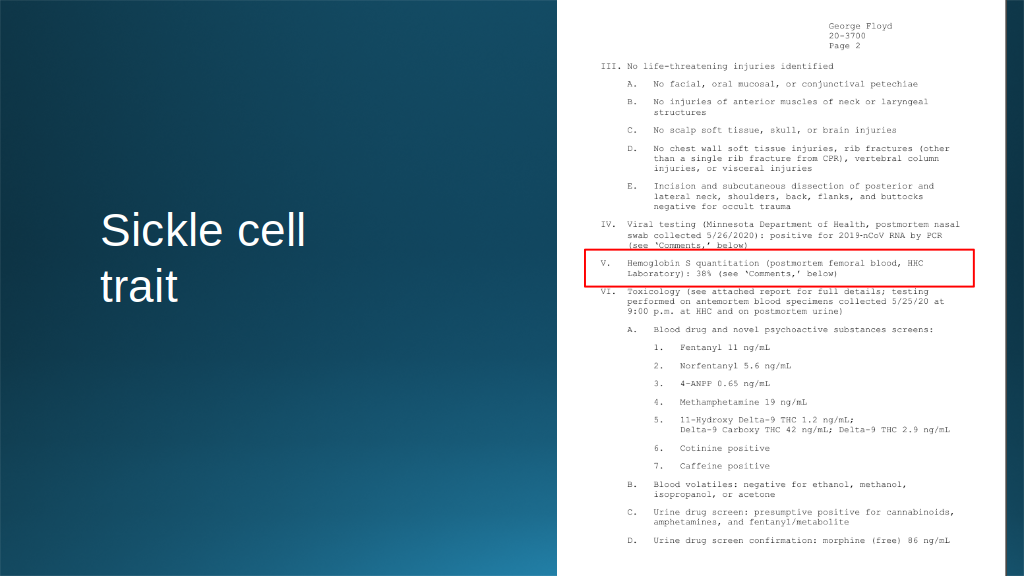 The decedent had a high level of fentanyl and some methamphetamine in his blood.  The  prosecution witnesses who said that these levels were safe were simply wrong. 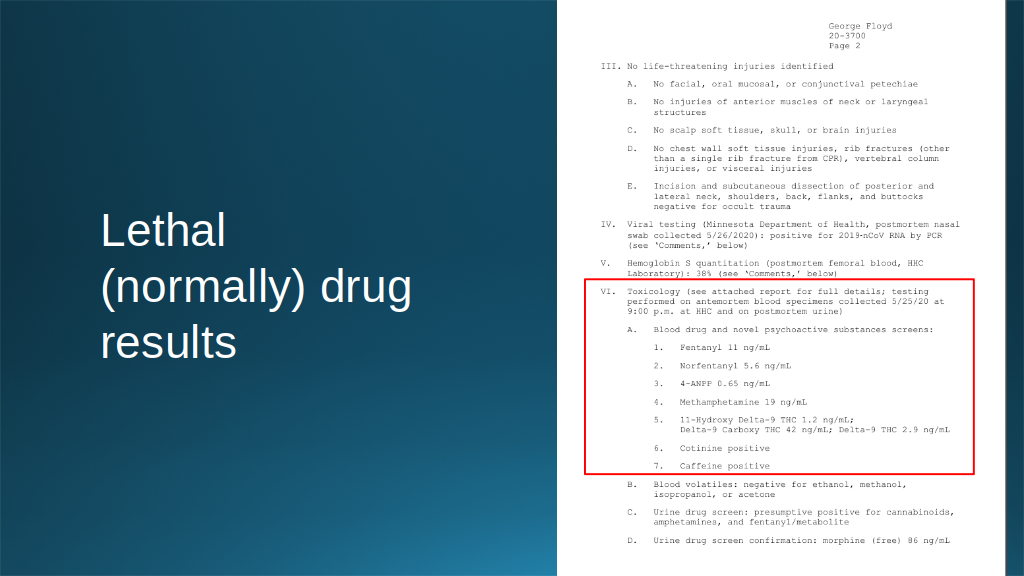 In addition, there was some morphine in the urine as well as the drugs in the blood.  I’m not making much of it.  What kills you is in the blood, not the urine.

Now, I’ll go through each one of these.